As we present our 2019-2020 Concert Season Southern Oregon Concert Band is proud to announce that our conductor both for our March 19th concert, Music of the American Presidency, and our May 1st concert will be Chris Pearson. 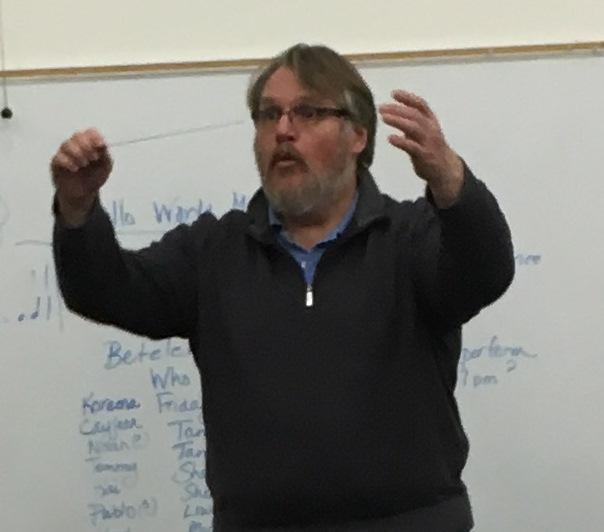 Chris is a well-known and respected free-lance musician in the southern Oregon area, with an extensive background in performance on reed instruments  Chris He has a BA in clarinet performance from California State Universithy at. Northridge and a MM in conducting from Northern Arizona University. He also has a certificate in musical instrument repair and runs his own instrument repair business.  As a performer he freelances extensively in the southern Oregon region, notably with his own groups and as lead alto saxophone for Martin Behnke’s Timberline Express Big Band.  Chris also leads his own Rogue Big Band.  Finally, he has an extensive background in teaching, both privately and in school settings.  He has led us in previous concerts and we are always glad to have him on the podium.